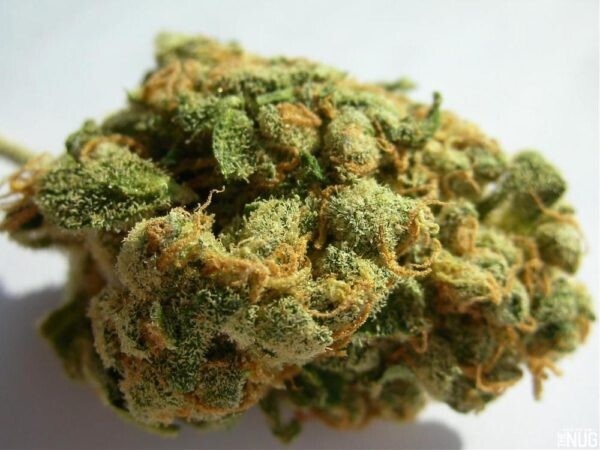 [SATIVA-55%/INDICA-45%] Jack Herer, also known as "JH," "The Jack," "Premium Jack," and "Platinum Jack" is a sativa-dominant marijuana strain that has gained as much renown as its namesake, the marijuana activist and author of The Emperor Wears No Clothes. Combining a Haze hybrid with a Northern Lights #5 and Shiva Skunk cross, Sensi Seeds created Jack Herer hoping to capture both cerebral elevation and heavy resin production. Its rich genetic background gives rise to several different variations of Jack Herer, each phenotype bearing its own unique features and effects. However, consumers typically describe this 55% sativa hybrid as blissful, clear-headed, and creative. Although the exact genetic formula is a guarded secret, Jack Herer is thought to be the product of sativa staple Haze and a cross of Northern Lights #5 and Shiva Skunk. Sticky buds have an appealing orange-lemon scent and taste with just a hint of some dank pine. The high provides an excellent balance between cerebral and physical effects, leaving users deeply relaxed but attentive and conversant. Jack Herer’s appealing flavor and well-rounded effects has made it hugely popular with medical and recreational cannabis users alike; it has won nine Cannabis Cup titles! Flavor Profile: *Pine *Earthy *Spicy/Herbal*